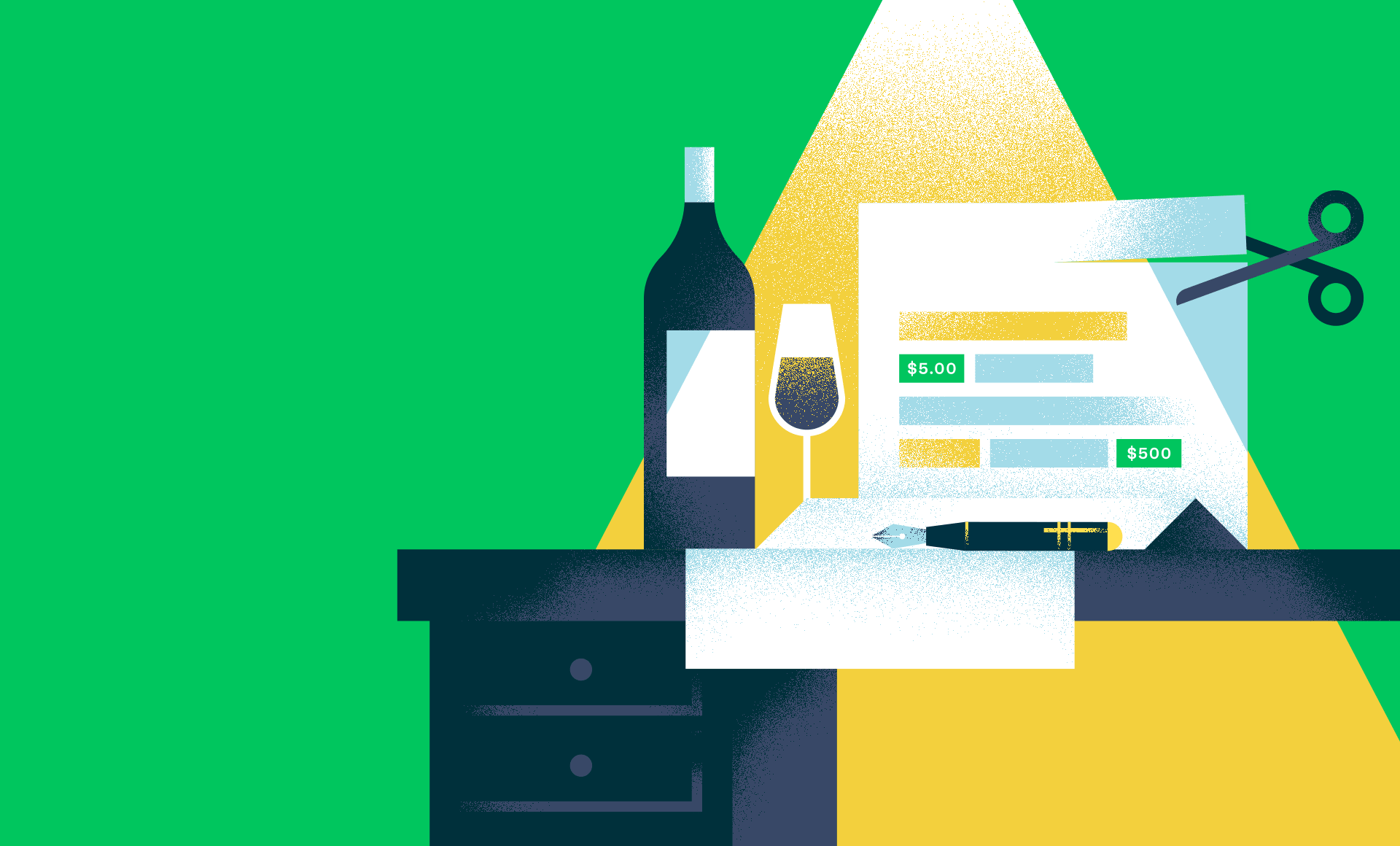 What is an Unenforceable Contract?

Even if the law doesn’t require an agreement to be in writing, it is always a smart decision to do so. However, like everything in law, numerous exceptions can quickly turn a binding contract into an unenforceable one—meaning it cannot be enforced in a court of law. Read on to learn what makes a contract enforceable and the factors that can make it unenforceable before, during, or after signing.

The Foundation of an Enforceable Contract

To determine if a contract is unenforceable, it is important to first understand what a contract is and what makes an agreement legally enforceable. A contract is defined as a set of terms agreed upon by willing parties with capacity in exchange for something. The bargained-for exchange is known as consideration. Consideration can be anything from services to money, as long as it is adequate and fairly induces the other party to assent to the terms. If your contract falls under the Statute of Frauds, as many business contracts do, it must be in writing and signed by both parties.

The foundation of an enforceable contract is simple: offer, acceptance and consideration.

What Makes a Contract Unenforceable?

If a contract is deemed unenforceable, the court will not compel a party to act or compensate the other for not fulfilling the contract terms. While the elements of an enforceable contract (offer, acceptance, consideration) seem simple, there are strict standards for enforceability. A contract can be rendered unenforceable for numerous reasons related to circumstances of the signing, terms of the agreement itself, or events that occur after the contract has been signed.

Potential Issues Prior to Signing of the Contract 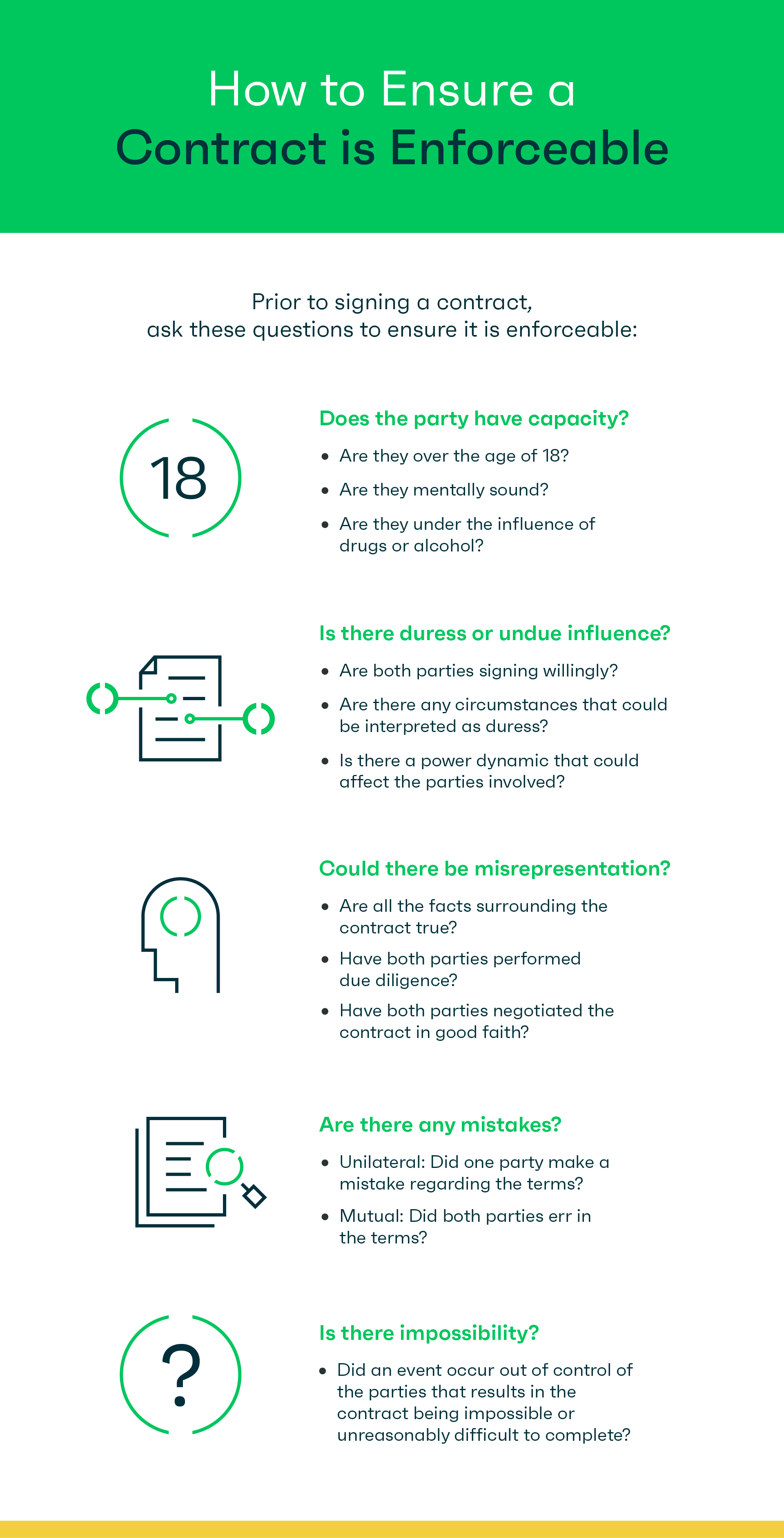 Issues Within the Contract

When looking for an example of an unenforceable contract, you will find countless agreements with issues surrounding the terms themselves. It is essential to thoroughly read and review all terms within a contract before signing. Here are some potential pitfalls that signify the contract may not be enforceable.

Events that Create Unenforceability After a Signing

Just because a contract is signed doesn’t mean both parties are held to the terms under all circumstances. Some events can make the terms of a contract impossible to complete, thus making the agreement unenforceable.

For example, let’s say Company A contracts to sell 2,000 pounds of fish for $3.00 per pound to Company B. A natural disaster causes the fish population to decline greatly. Company A has to switch suppliers, and now the fish will cost them $9.00 per pound. This loss of over $6.00 per pound would make the contract terms financially disastrous.

There are several important factors to consider before, during, and after the signing of a contract to safeguard its enforceability. Make sure to research and always have a contract management plan in action to ensure every agreement you make is in the best interest of your company or client.