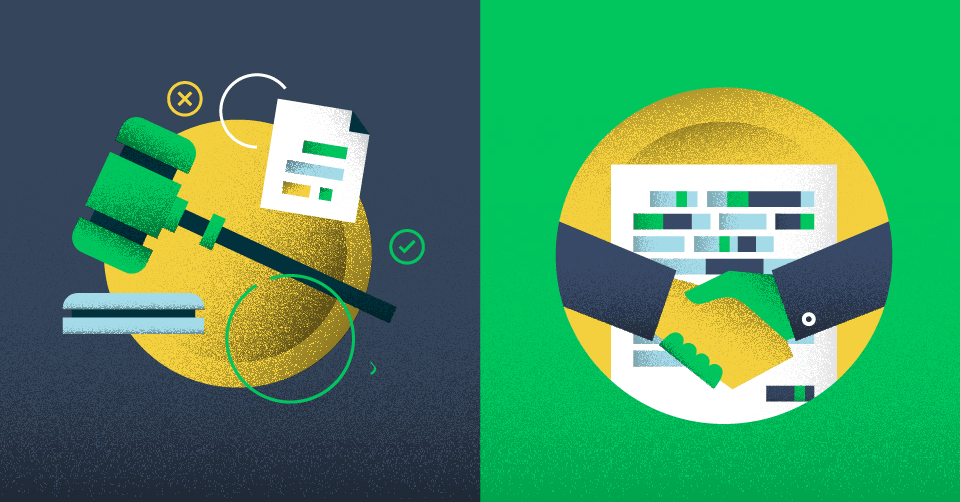 An assignment is like a transfer. If an agreement permits assignment, a party could assign — or transfer — its obligation to another party. The second party — the one to whom the contract was assigned — would then be required to provide the products or services.

Assignments don’t necessarily relieve liability for the party who transfers the agreement. Depending on the contract, the party who assigned its obligations may remain a guarantor of— or responsible for—the performance of the third party assigned the work. In other words, the party to the contract (the assignor) would be responsible for breaches committed by the party to which it assigned its performance (the assignee). To remove itself from the liability of the agreement, the assignor would need to seek a novation, which cancels the first contract and creates a new contract between the party that is the assignee and the original counterparty to the contract.

What is an Anti-Assignment Clause?

Anti-Assignment Language to Look for in a Contract

When reading through your contract, you can typically find a separate paragraph entitled “Assignment,” “Non-assignment,” or “Anti-assignment.” Sometimes you’ll find the assignment language buried within a “Miscellaneous Provisions” section, which contains all the boilerplate language of a contract, such as severability and waiver provisions.

Contracts include two primary types of anti-assignment clauses. The first type categorically precludes all assignments of rights and duties. It usually reads something like this: “Neither Party may assign, delegate, or transfer this agreement or any of its rights or obligations under this agreement.”

The second type prohibits assignments unless the assigning party obtains the prior written consent of the other party. It usually reads something like this: “Neither this agreement nor any right, interest, or obligation herein may be assigned, transferred, or delegated to a third party without the prior written permission of the other party, and whose consent may be withheld for any reason.”

Some clauses may state that a change of control, such as a merger, consolidation, or acquisition, is considered an assignment. Read carefully, because you want to ensure that you won’t be in breach if you transfer the contract to an affiliate.

Without an anti-assignment provision, contracts are generally assignable even absent the consent of the counterparty. The Uniform Commercial Code (UCC), a group of laws governing the sale of goods, prefers the free transferability of all types of property, including contracts.

Even without a solid anti-assignment clause, there may still be an opportunity to prevent certain assignments. Courts may not enforce assignments to which the counterparty did not consent, even in the absence of a valid anti-assignment clause, especially if the contract is personal in nature. Some obligations can be performed equally well by a third party, such as a requirement to make payments. But a personal obligation involves a special relationship between parties or requires special levels of expertise, discretion, or reputation. For example, personal service contracts, including employment agreements, are personal enough in nature that they’re not transferable unless the non-transferring party consents.

In general, assignment is not enforceable when:

As discussed above, contract provisions can prohibit and void an assignment.

If the assignment would significantly impact the performance of the contract — for instance, if it greatly increases the risks or burden imposed on the other party — then a court would likely not enforce the assignment.

Certain laws prevent assignments. For example, some states legislate that an employee cannot assign its future wages to a third party.

If the assignment would harm public policy interests, it will be void. For instance, victims may not assign their personal injury claims to third parties to discourage excessive litigation.

In certain situations, the inclusion of an anti-assignment clause may not be in a party’s best interests. If a party depends on a unique service provider or a specific person to perform, then it must make sure that that service provider or person can’t assign work to an unknown third party without its consent. For instance, if you pay a premium to hire a renowned jazz band to perform at your charity gala, you don’t want a local high school garage band to show up instead. In any situation involving unique services or providers, make sure you have the right to consent prior to any assignment under the agreement.

Another example of the importance of assignability is in mergers and acquisitions. When a company purchases another business, the acquired business’s existing customer base and supplier contracts make it more valuable. Consequently, if a party hopes to eventually sell its business, it would want the right to assign its existing contracts to the buyer. Otherwise, potential buyers may be scared off because of the time and money it will take to transfer the existing agreements. Plus, the existence of anti-assignment clauses may heavily impact the selling price. If it’s possible you may sell your business, ensure that you have the right to assign your contracts and that consent is not solely within the discretion of the counterparty.

If you want the right to assign the contract, but your agreement does not permit assignments, you’ll need to negotiate with your counterparty on this point. If the clause in your agreement prohibits all assignments, try to include a carve out by allowing assignment of your rights and obligations upon the prior written consent of the other party. Add that the counterparty shall not unreasonably withhold or delay consent. You may also want to carve out an exception to the anti-assignment clause by excluding assignments between affiliates or necessitated by change of control transactions, such as mergers or acquisitions.

Courts tend to construe anti-assignment and anti-delegation clauses narrowly. As mentioned, a number of courts have held that an anti-assignment clause does not remove the power of a party to assign the contract and invalidate the contract unless the provision explicitly states that such assignments will be invalid or void. Thus, if you want to make an assignment that violates your agreement, rather than creating an opportunity for a breach of contract case, explicitly state in your contract that such assignments are invalid or void.

If you don’t want the counterparty to be able to assign its rights or obligations, state your preference clearly in your agreement with one of these options.

Include a clause such as, “Neither party may assign or delegate this agreement or its rights or obligations under this agreement without the prior written consent of the other party, and any assignment or delegation that violates this provision shall be void.”

Include a clause such as, “Neither party may assign or delegate this agreement or its rights or obligations under this agreement without the prior written consent of the other party, except that no consent is required (a) for assignment to an entity in which the transferring party owns greater than 50 percent of the assets; or (b) in connection with any sale, transfer, or disposition of all or substantially all of its business or assets; provided that no such assignment will receive an assigning party of its obligations under this agreement. Any assignment or delegation that violates this provision shall be void.”

Include a clause such as, “Neither party may assign or delegate this agreement or its rights or obligations under this agreement without the prior written consent of the other party, whose consent shall not be unreasonably withheld or delayed. Any assignment or delegation that violates this provision shall be void.”

Note that you will not be able to prevent assignments resulting from court orders or by operation of law, such as those ordered through a bankruptcy hearing.

When you enter a contractual relationship, make sure to clearly determine your rights and obligations, as well as those of the other party. If it may be important for your business to have the right to assign all or parts of the contract, negotiate for the removal of the anti-assignment clause, or request changes to it to provide sufficient flexibility for you to assign.