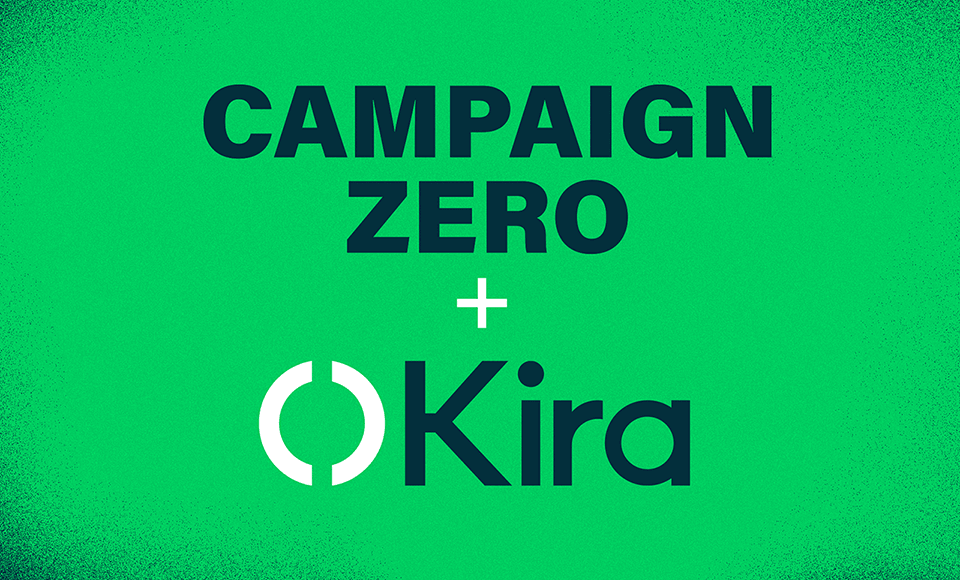 Contracts govern many relationships in the public sphere, including those between governments and the people who serve them. Local and regional governments often have contracts in place with the labor unions that represent groups of employees, like police, teachers, and transportation workers. Those contracts govern many aspects of how public policy is implemented. Recent events—including the killings of Michael Brown and George Floyd—have brought increased attention to the role police union contracts have played in the longstanding issues of systemic racism, discrimination and police brutality. As a society, we really need to do better here.

To that end, we are proud to support Campaign Zero, a police reform platform developed with contributions from activists, protestors, and researchers. Their end goal is to provide people with the information and tools they need to end police violence. Campaign Zero has worked (with Kira’s help) to generate data transparency on over 600 police union contracts and Law Enforcement Officers’ Bills of Rights (LEOBRs). Our experience has been that data drives higher quality decisions, and we are optimistic that this data will help improve policing.

To increase the transparency around the content of those contracts, Campaign Zero created ‘Nix the 6’—a campaign to educate the public about how specific aspects of some police union contracts enable and protect bad police behavior.

Campaign Zero co-founder DeRay McKesson says that many of these contract provisions constitute a hidden system of protections that hinder accountability. “Nix the 6 is about breaking down the legal structures that enable police violence.”

Kira Systems donated use of our technology to help the Campaign Zero team review these contracts faster than they would do manually, and enable them to create a smart database containing important details of police union contracts and LEOBRs. In addition, a number of Kira Systems team members supported the project, from development to execution, to help the Campaign Zero team leverage Kira. Campaign Zero said leveraging Kira improved the efficiency of contract analysis by 70%. As a result of hard work by the Campaign Zero team, valuable insights often hidden in hard-to-obtain public contracts are now accessible to interested parties. Campaign Zero has also expanded the reach of this smart database by embedding data in their own website through the use of Kira’s API. This means activists, policymakers, academics, and others can access the data publicly.

The data will be used by reporters and others evaluating potential policy changes to quickly identify terms and clauses in the contracts to support their reporting and analysis, providing a factual basis for comparison of terms within the contracts. The database allows geographical filtering, so users of the data can focus on the contracts held by police forces in their home states, or empirically study whether there is a relationship between contract terms and outcomes.

Campaign Zero’s co-founder Samuel Sinyangwe emphasized the power of AI to enable better policy decisions with data: “With Kira, we can use machine-learning technology to review and code police contracts and policies at scale.”

AI has received a lot of criticism recently for enabling systemic racism and contributing to the oppression of vulnerable groups. In particular, the use of facial recognition by governments, police forces, and companies have been called out as subverting privacy and enabling discrimination. This has led companies like Amazon and IBM to put a hold on selling these technologies for some use cases and organizations.

However, AI is just a tool. Although there are dangers in its use, AI can also make positive contributions. Increasing transparency, especially for public institutions, is a great example of a positive use of AI.

Beyond the specific context of police reform, Kira Systems sees many other opportunities to use AI and contract analysis to provide a more robust data-driven fact base for public policy decisions. We look forward to enabling many more people—including advocates and activists, policymakers, academics, and journalists—in this important work. Please reach out if we can help.