We help enterprises make meaning from their unstructured contracts and related documents.

Kira enables enterprises to easily find and use trusted information and answers from their documents.

The Kira Systems’ leadership team comes from a variety of diverse backgrounds with unique professional experiences. They work closely to steer the strategic direction of the company and ensure Kira remains an innovative, industry-leading software that is changing how professionals across the globe do their work.

Prior to founding Kira Systems, Noah practiced at the law firm Weil, Gotshal & Manges in New York, where he focused on private equity, M&A, and securities. Noah is an expert on contract analysis, legal technology, and artificial intelligence; has spoken at conferences including SXSW Interactive, ILTACON, and ReInvent Law; and was named 2016 ILTA Innovative Thought Leader of the Year. Noah holds a J.D. from the NYU School of Law, an A.M. from Brown University, and a B.A. with honours from McGill University.

Alex leads Kira Systems’ R&D. He holds a Ph.D and M.Math degrees in Computer Science from the University of Waterloo, and a B.Sc. from the University of Toronto in Physics and Computer Science. His past research in the field of bioinformatics focused on finding similarities between DNA sequences. He was heavily involved with the human genome project. He has also worked in the areas of proof systems and database query compilation.

Steve leads strategic planning, industry intelligence and corporate development. Since joining Kira Systems as its first non-founder executive in 2014, Steve built and developed several teams as the company grew, including sales, marketing and product. Steve’s prior experience includes leading Thomson Reuters’ business law solutions division, practicing law with a focus on technology transactions, and leading and advising startups and nonprofits. He holds a J.D. from UCLA, an M.A. in International Economics from Johns Hopkins SAIS, and an A.B. from Brown.

Joanna has spent 25 years in the legal industry in various sales and sales management positions. She began her career at LexisNexis where she spent 17 years selling, managing several teams, and supporting sales force transformation and change initiatives. In 2010, Joanna joined Practical Law Company (acquired by Thomson Reuters), and in 2014 took on the role of Vice President of the Corporates Channel where she oversaw all of the teams working with in-house lawyers. In this role, she successfully led 5 years of double digit growth while executing on major sales force transformation projects.

Susan manages the financial and business operations of Kira Systems. While overseeing the financial, legal, HR, IT, and Client Services arms of Kira, Susan also advises the executive team on business direction and overall strategy. Susan joined the company in September 2017 with over 15 years of CFO-level experience in the technology and financial sectors.

Maria Cartagena is the Senior Vice President, People Operations at Kira Systems where she is responsible for the overall people strategy, including scaling the team, cultivating a performance driven engagement culture and delivering a great employee experience. With over 20 years of experience, Maria has held several HR leadership roles with creative and technical teams, globally and locally. She is passionate about driving the importance of culture and its connection to productivity and high-performance teams.

Michael leads Kira Systems’ Technology team, including development, quality engineering, devops and systems. He holds a Ph.D in Mechanical Engineering and a Bachelor of Applied Physics degree from the University of Waterloo. Michael’s original field was in the computer modelling of fluid flow and heat transfer, and later worked in the mobile computing industry. He has been part of startups, mid-size and very large companies in both technical and senior people leadership roles.

Vinay spearheads Kira Systems’ marketing function. He brings a breadth of technology market experience to Kira with previous experience at start-ups, mid-size companies (Corel) and large multi-nationals (IDC, IBM, Microsoft). Prior to joining Kira Systems, Vinay lead marketing for various products within Microsoft and IBM, and has led a research practice at International Data Corporation, with a focus on the enterprise applications space. He holds a Masters in Public and International Affairs from the University of Pittsburgh and a Bachelors of Social Science from the University of Ottawa. 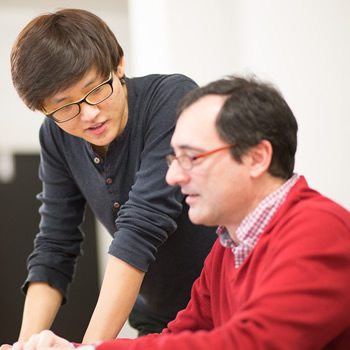 Our technical team members hold multiple advanced computer science degrees, have decades of combined programming experience, and are experienced in machine learning and advanced logic systems. They are versed in the latest user experience design, and yet also experienced in building robust and secure enterprise software systems, having joined us from organizations like MIT, TNT Express ICS, and Microsoft. 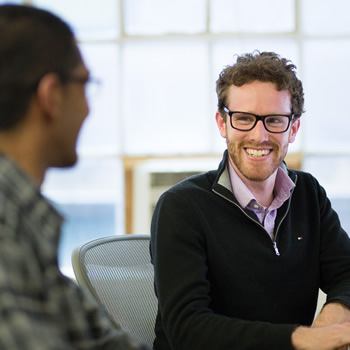 Our business team is comprised of experienced professionals in product, support, marketing & sales, and legal. Our lawyer-experts have practiced at some of the world’s most prestigious law firms, such as Skadden, Weil Gotshal, and Reed Smith, and law departments of multinationals like IPG. Our customer-facing teams have many years of experience with enterprise customers in their prior roles at companies like IBM, CT Corp, Ansible and Thomson Reuters.

Interested in a career with Kira Systems? Check out our careers page.